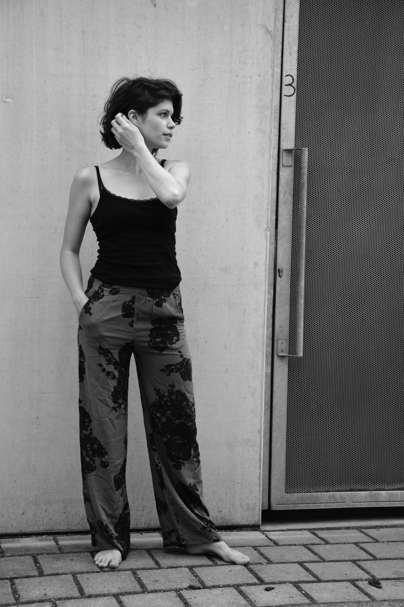 Julia Vandehof is a theatre maker, actress and physical performer. She lives and works in Berlin and Vienna. Her work uses a strong visual language with non-linear forms of narration. Her interdisciplinary approach combines movement, drama, video and stage design acting as complementary, interconnected disciplines. Her focus is on collaborative devising, exploring the idea of the poetic body and the practice of embodied movement.

Julia was born and raised in Austria. She trained as an Actress at Drama College Vienna and graduated in Theatre, Film and Media Studies from the University of Vienna with a focus on Theatre Pedagogy. After working in these areas and creating her first own piece Die Löwen sind den Schmetterlingen nicht lästig, she then went on to taking her Masters degree in Devised Theatre and Performance at LISPA Berlin in collaboration with Rose Bruford College London, where she graduated with Distinction. Later, she toured China as a Puppeteer and Co-Director with Little Orange Castle Theatre & Theatro Piccolo. Recently, she embarked on a national tour of India with The Whilst Walking Theatre Festival (The Collaborators & Bacterial Factory).